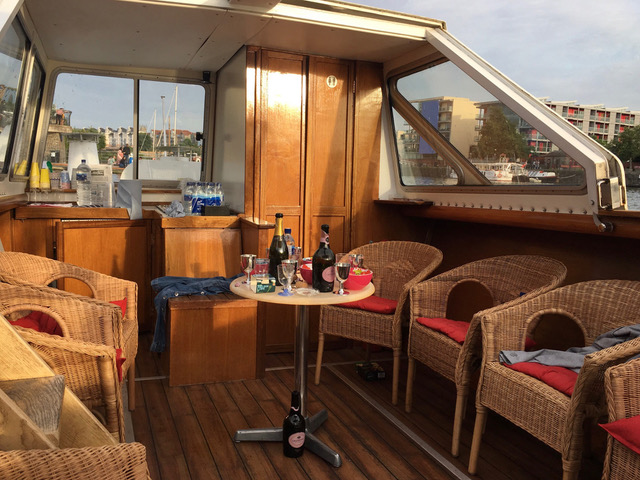 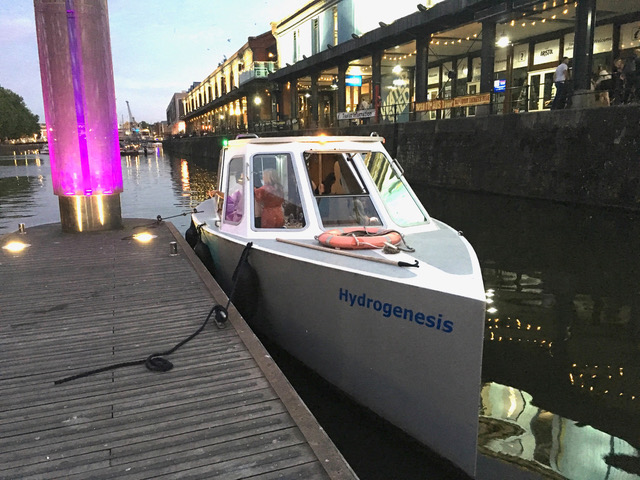 Built in Bristol, the 11m steel hydrogen powered ferry operates on Bristol's historic floating harbour and the Avon. Commissioned by Bristol City Council in 2010 as part of its Green Capital initiatives, she was given the name 'Hydrogenesis' in February 2012, following a local schools competition. Hydrogenesis was designed and built by Bristol Hydrogen Boats, a local consortium formed by the directors of Bristol Packet Boat Trips, Number Seven Boat Trips and Auriga Energy. Powered by a 12kW fuel cell via two west-country produced permanent magnet DC motors, the ferry carries 12 passengers and two crew. The hydrogen fuel and refuelling station for the ferry are supplied by Air Products.

The fuel cell is a reverse electrolysis process bringing Hydrogen and Oxygen together with a catalyst to create electricity. It was invented by Swansea based lawyer, Sir William Grove in 1839. The first practical working models were developed by Frances Bacon at Cambridge University in 1950s. Further developed by NASA in the 1960s for the manned space missions. Resulting in the technology finally reaching commercial reality in the early 2000s.

Hydrogen is the most abundant element in the Universe and can be generated close to the point of use. Fuel cells offer strong potential for transport to help deliver tangible carbon reductions. As an alternative to petrol and diesel engines, hydrogen fuel cell powered transport impacts significantly less on the environment producing zero emissions: the only waste product is water. This would result in a big reduction in air pollution in addition to reduced noise, if the, technology is widely adopted.

Testing the ferry's performance under seasonal operating conditions has enabled environmental and economic benchmarking against conventional diesel powered vessels. Building on the data generated by Hydrogenesis and the knowledge developed through the design process, Bristol Packet Boat Trips hopes to continue working on a commercially viable alternative to deisel fuel and to continue to lead the way for a clean and sustainable future with hydrogen power for marine operations.

Since her launch, Hydrogenesis has been awarded the Mansura Trophy (Inland and Lake Category) 2012, for the pioneering work delivering the UK's first hydrogen-powered passenger ferry; and 'Environmental Innovation of the Year' in the Sustainable Shipping Awards 2011.